Milton Keynes Hospital occupies a 60-hectare site to the south of the centre of the city. It is a medium sized district general hospital that serves Milton Keynes and surrounding areas.

The Campbell Centre is a 38-bedded adult inpatient unit for adults who require a hospital admission when suffering from a mental health disorder. It is staffed over a 24 hour period and the team consists of Nurses, Occupational Therapists, Doctors, Consultants, Pharmacy staff and Domestics.

iC2 were appointed as the preferred contractor to install a 54 camera Avigilon HD Megapixel CCTV System in March 2013, for the protection of staff, service users and property. The system utilises a 10 terabyte server , delivering unprecedented high definition, megapixel, CCTV images throughout the unit. 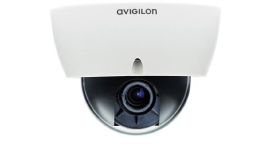 “I just wanted to thank you and your company for all your hard work in providing our new Hospital CCTV system.

It was quite a complex installation and your team quickly got to grips with what was required and completed the work in a timely and professional manner. Nothing was too much trouble for them and I’m delighted with the result. Avigilon equipment, whilst not the cheapest, seems very well suited to the task and I’m sure that with your continued support, we will enjoy many years of quality surveillance at the hospital."

Further work for the NHS:

Following on from iC2’s initial Avigilon Megapixel CCTV Installation at The Campbell Centre in Milton Keynes, the company has undertaken further CCTV installations within the NHS:

In addition, further installations across the NHS are about to commence in early 2014